Developer Circles from Facebook is a program designed to create locally organized communities for developers. These communities are meant to educate and provide a forum for discussion and knowledge sharing around topics that are top-of-mind for developers in a particular market.

Why join a circle?

Whatever you build, Developer Circles connects you to collaborate, learn, and code with other local developers. You get to attend local meetups, collaborate in Facebook Groups and learn about the latest Facebook technologies.

Facebook Developer Circle: Lokoja is a forum for developers in Lokoja, Kogi state and its surroundings who are interested in building on the Facebook platform to interact and collaborate with other developers who share similar interests.

On 31st August 2019, we officially launched the circle with the first meetup.
The focus of this meetup was to introduce members of the community to Developer Circle, its goals, mission and importance to their career growth alongside introducing them to some Facebook technologies and how they can utilize these tools in modern-day development.

We had someone from the Facebook team join us remotely to have a pep talk with our attendees alongside our firebrand speakers from Andela Nigeria, Hashnode and Scotch.io. 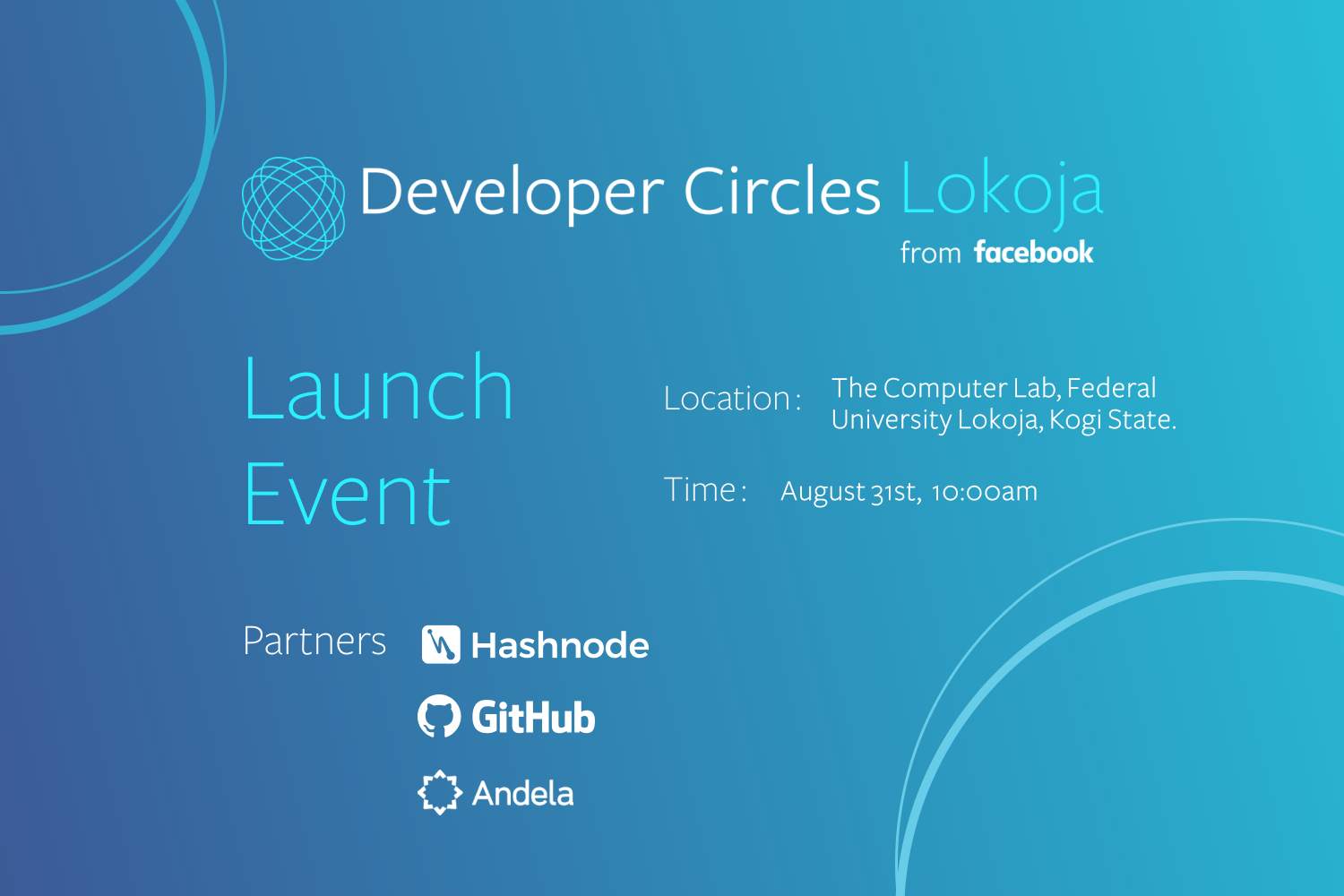 How did it go?

Chimdindu Aneke, Manager, Developer & Startup Programs, SSA at Facebook joined us remotely and introduced the audience to Developer Circles from Facebook and how Facebook is connecting communities to develop the future. 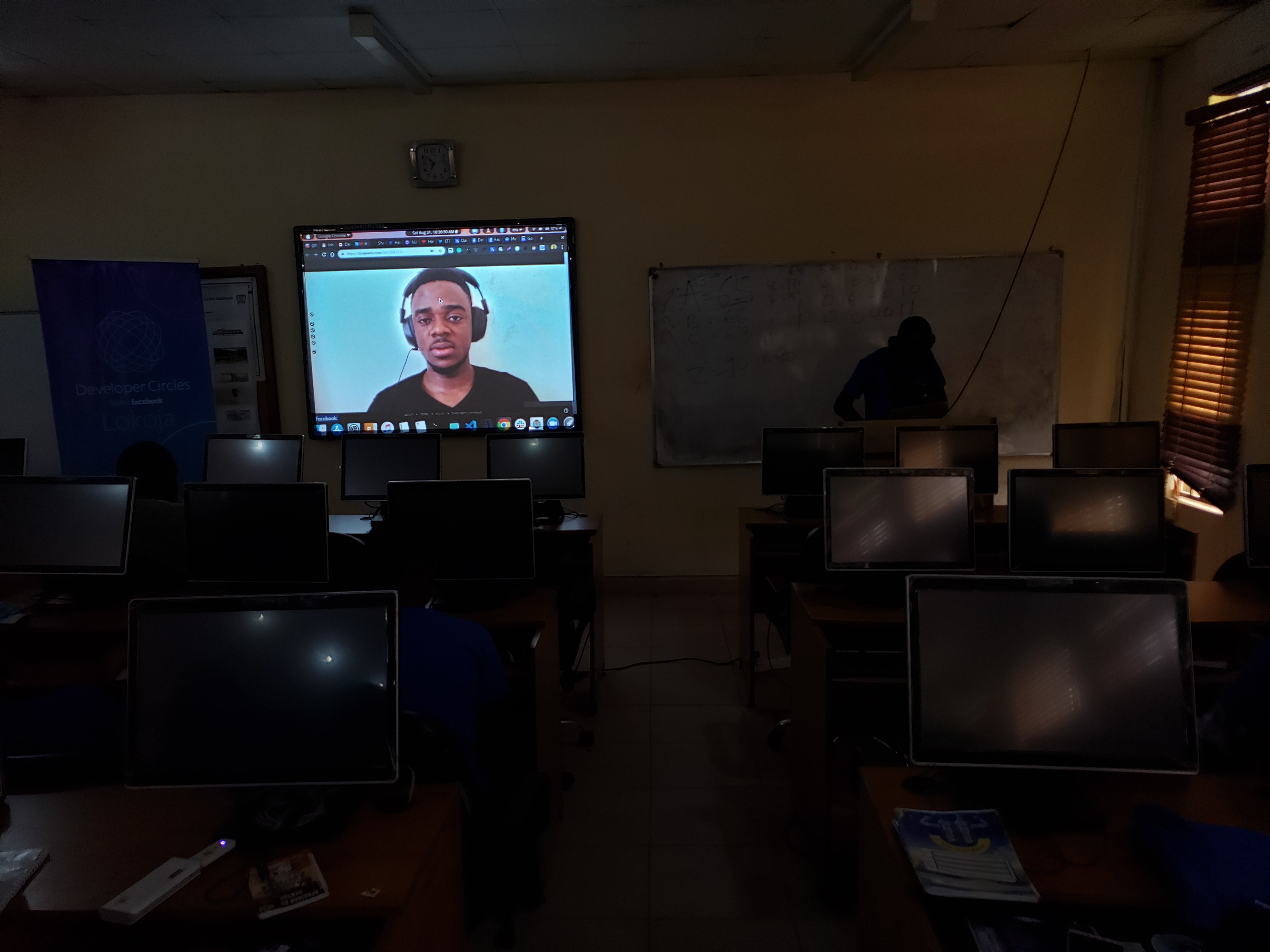 We had five talk sessions which featured amazing speakers who covered the important aspects of Facebook authentication in your applications, Real-time on the web, How to learn how to code, Discovering developer opportunities around you and the GitHub student developers pack.

everyone who made today's program a success, I say thank you. I have been confused for a while about what programming language to learn, where to start, how to go about it, why I should learn a particular one and whether it will still be relevant in the nearest foreseeable future. But thanks to today's program my part has been made clear before me. I say a big thanks to the organizers of today's Dev.C meet up.

Thanks to everyone who contributed to the success of this event: Facebook, our sponsors, our amazing speakers, volunteers and everyone who attended the event. 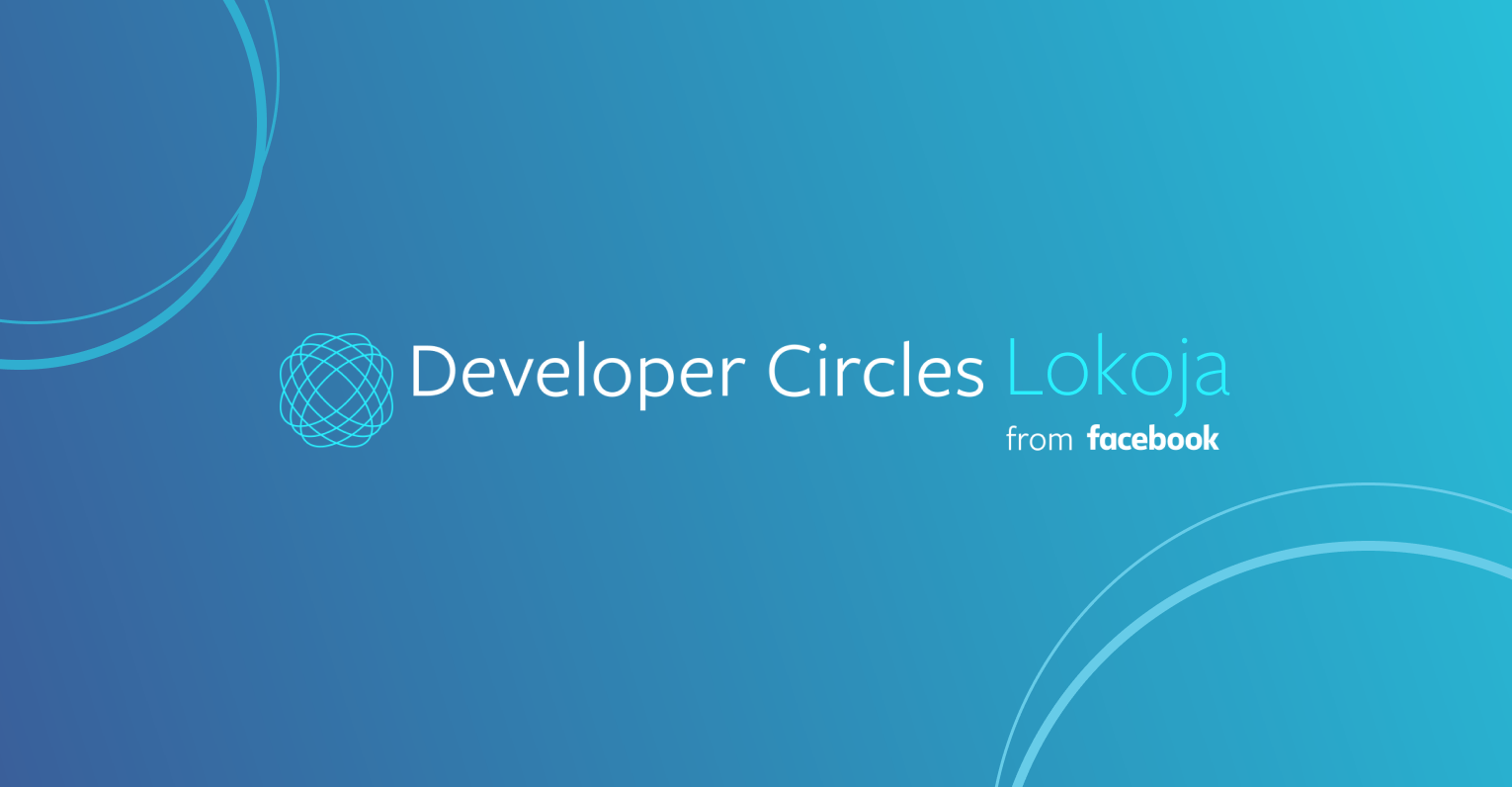